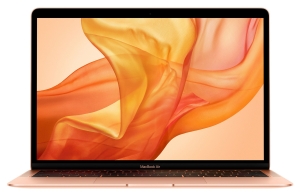 Just this past October the 2018 MacBook Air came out. This iconic computer could well be called “the peoples MacBook.” It is no doubt a well-designed machine, with many online reviewers saying how capable it is at editing videos and photos as well as general purpose uses. While I would love to have one of these machines, I and many others are a bit underwhelmed.

It’s missing many of the ports that the older machine had, has way lower specs than the MacBook Pro’s and its screen is lacking in brightness as compared to all of the other MacBooks — 234 nits vs 458 nits *source AppleInsider. The pricing is simply too high. In my humble opinion, it’s no longer an entry level mac, in fact, there is no entry level MacBook at all. I would still say it’s a good laptop, but not the revolutionary device that the first MacBook Air was.

That brings me to the 12-inch MacBook for 2019. Out of all the Macbooks, I love this one the most. The form factor gets me. It’s a super portable go anywhere device. Now, I realize this is a small “ultrabook” and therefore there is some trade-off on performance. If you are a heavy duty video producer, like the many reviewers on YouTube, then no, this is not your Mac. However, most people are not video producers. Most simply use Microsoft Word or Google Docs, surf the internet, and perhaps do light photo editing. The most taxing usage that the machine will get is the occasional Adobe LightRoom and leaving way to many tabs open in Chrome. I’m so guilty of that. 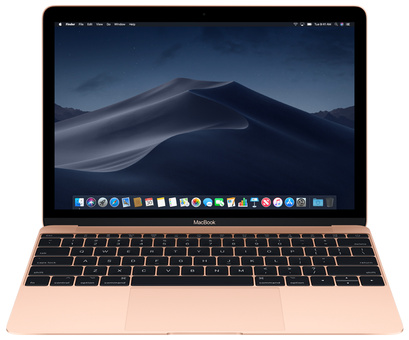 The new 12-inch MacBook for 2019 is coming. There are already some patents in Europe and China which leads the faithful to believe that an updated 12-inch MacBook is on the way rather soon. Industry insiders claim it will be in the first half of this year. So here are my hopes for this new machine…

To begin with, I’m hoping the size remains the same. I truly believe that the smallest and thinnest size limit has been reached. I don’t think you can make any laptops much thinner at this point. And there is no reason to do so. It’s as small as the laws of physics allow.

I would like to see more power under the hood. Some more recent rumors have claimed that “Ice Lake” processors will allow the MacBook to get quite a bit closer to MacBook Pro’s and that has yet to be proven, but at the very least a user like me will get to keep more Chrome tabs open. This will probably happen.

I’m almost certain we will see the same ‘sign-in” fingerprint reader scanner that the Air has. And I think the chances are rather high for that.

I’m also hoping to see a touch screen. I know… you are saying “whaaaat?” but yeah, it’s totally possible to take the same type of screen used in the iPad pro-11-inch or the larger model and use it with a new MacBook. I mean come on Apple. You have $300 touchscreen Windows models out there. Your $1300 model – please do NOT increase the price – could certainly have one too. It’s 2019! Get with the program before younger buyers think you are obsolete. This probably will not happen.

It would be great if Apple could have a matte black color option. Like the Surface Pro 6. It would just be cool. Apple has done black computers in the past. This doubtfully will not happen, but hey maybe there is a chance.

Finally, I’d love to see some user serviceable parts. You know the ability to put in updated ram chips or a larger hard drive. Maybe even battery parts? Ok, I know it is an ‘ultrabook’ and such things will never happen. But a guy can dream.

Oh yes, and one last thing… MAKE IT IN THE USA. This could, should, and must happen. Think about it, the company that has “personal growth” and “creativity” as some of its core values, yet pays subcontractors about $1 a day in factories that need nets to stop people from jumping. I know many Americans who would love to work for Apple. Apple makes more than a healthy profit so any cost increase in labor could be offset easily. Yes, it is true that many of the parts that Apple uses are made in the USA, thankfully that percentage has increased. But we can do even better.

Like you, I’ll be watching to see what actually comes out later this year. Let’s hope it is a game changer instead of just another player.

*All Images direct from Apple, and for editorial use only. As I stated in another post, I’m just a blogger here.

Leonard Goffe is an author, writer, and journalist based in South Florida. He is available for your public relations, content development, WordPress design, SEO and technical writing needs.

South Florida Food Adventures is a participant in the Amazon Services LLC Associates Program, an affiliate advertising program designed to provide a means for sites to earn advertising fees by advertising and linking to amazon.com, you pay nothing extra for this, and your Amazon experience works exactly the same.

South Florida Food Adventures is your news source for the very best in fine dining, cooking, recipes, and events in the South Florida area.

Additionally, we talk about technology and cameras and sometimes both.

In the meantime, follow us on social media or subscribe to us on e-mail. Thank you for reading this blog and please share it with a friend.

*We do not sell or rent out names. We value your privacy! It's us only...

The 5% Mastery Method: Change your life one hour at a time!